What Is the Meaning of Arrow Tattoos 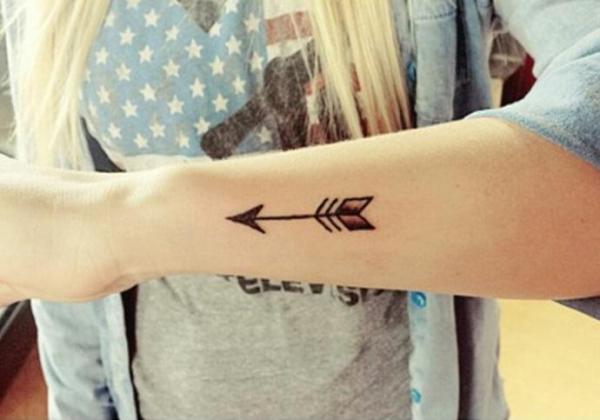 Tattoos are one of the best ways to express your personality, feelings, ideas or tastes with something visual that will accompany you forever. To do this, choosing an image with a powerful meaning is the best way to decide what you will get engraved on your skin and there is no doubt that arrows tattooing is becoming a very popular alternative. However, do you know what they represent and all their possible meanings? It is essential to be clear of this before taking the final step. For this reason at oneHOWTO we explain in detail what the meanings of arrow tattoos are so you can discover if this image is for you.

You may also be interested in: What Is the Meaning Behind a Scorpion Tattoo
Contents

Arrows are excellent designs for a tattoo because they are often delicate, thin and perfect for those people who are looking for something that is not too thick or flashy. However, given the great diversity of designs that exist, only you can decide what the look and aesthetics of it will be.

Now we'll get down to the point; what is the meaning of arrow tattoos? It is no secret that arrows are weapons that were used mostly in ancient times. So, its first meaning is related to protection. It is a symbol that represents shelter from all those things that can hurt us or cause us harm, whether real or figurative.

If you want a good reason to get a couple tattoo, arrows are an ideal and discreet choice. This image is also used to represent love. We should not forget that the mythological character Cupid used arrows on his victims to produce infatuation. So, if you want to symbolize the feeling that joins you and your partner, you can choose the same arrow and get it tattooed on your body as a symbol of your union.

The position of the arrows and some design elements can also change their meaning. Two crossed arrows is a great symbolism of friendship and appreciation of your close friends, so this is a perfect image to get tattooed with a friend who you love and is an important part of your life.

The prospect of the future

Another powerful meanings of arrow tattoos is related to evolution and the need to move forward. Once an arrow is shot it can only go in one direction; forward. Therefore it is an image that serves to remind us that it is in that direction that we want to go, leaving conflicts and problems behind to progress to where we want to be.

Symbol of the zodiac

If your sign is Sagittarius, you'll surely love to know that an arrow next to a bow is one of the images that is most often used as symbolism for this zodiac sign. Thus, you can pay homage to your sign with a simple but representative tattoo.

The number of arrows and their meanings.

Did you know that the symbolism of arrow tattoos will change according to the number of arrows you have tattooed? Let's take a look at their meanings:

This is also a pretty common tattoo, but what is the symbolism behind it? If the symbolic meaning of an arrow is protection during war, the broken arrow is a symbol of peace. People who have fought hard and have at last found peace may get this tattoo design.

Arrows and other symbols

If you see a tattoo of an arrow combined with a different object, the meaning may differ slightly or add to the meaning of the tattoo. Let's take a look at the most common objects that accompany an arrow:

The meaning of compass tattoos is to guide you and achieve your goals. When combined with an arrow, it symbolizes the aim to achieve one's goals. As the compass is also associated to travel, it is a common tattoo for those who consider themselves wanderlusts and want to live from their travels.

If you see an arrow crossing a diamond, this will also have a meaning of focus. However, as one of the meanings of a diamond tattoo is prosperity, it will usually be associated with money and good fortune, meaning the wearer will have his or her mind set on earning a good living.

You may have guessed, but these two symbols when together will definitely be associated with Native Americans, as they are both remind you of the ancient tribes that lived on the American continent. It is not only a good idea to get these two symbols tattooed to show your heritage with pride, but the meaning of feather tattoos is also related to celestial wisdom, which will reinforce your beliefs of a higher spirit that guides you to achieve your goals.

And if you're still not sure what to get tattooed and several ideas are running through your mind, then you'll probably be interested in consulting our articles on the meaning of:

If you want to read similar articles to What Is the Meaning of Arrow Tattoos, we recommend you visit our Beauty & Personal Care category.

What Is the Meaning of Arrow Tattoos 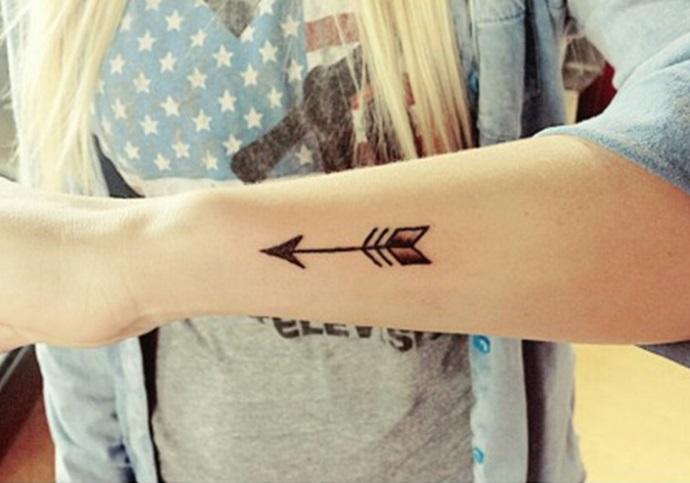 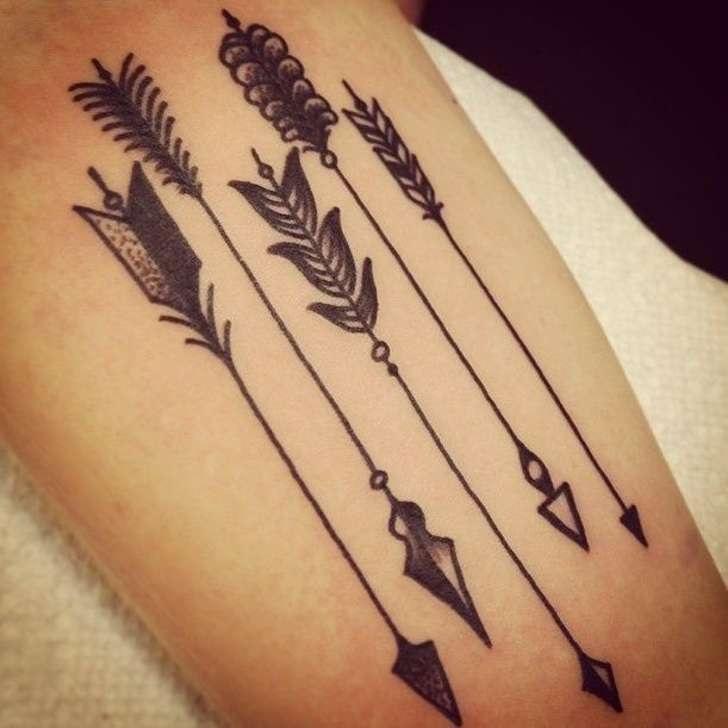 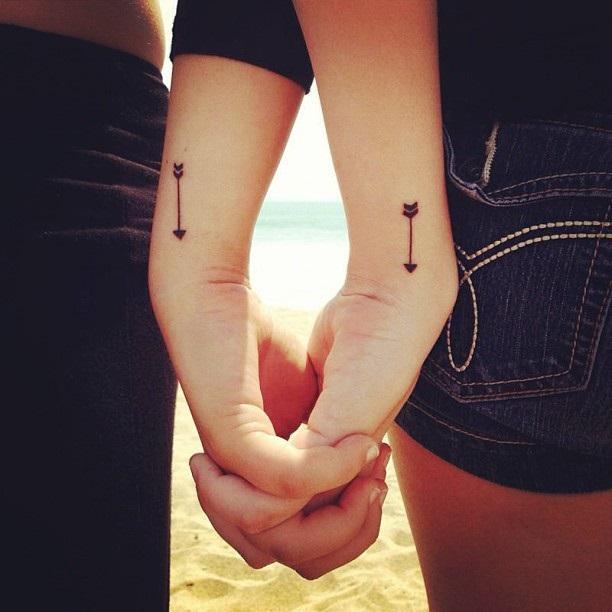 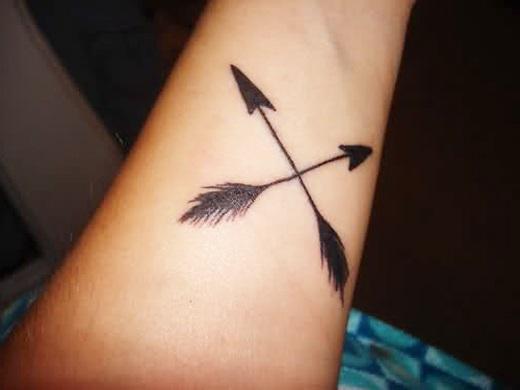 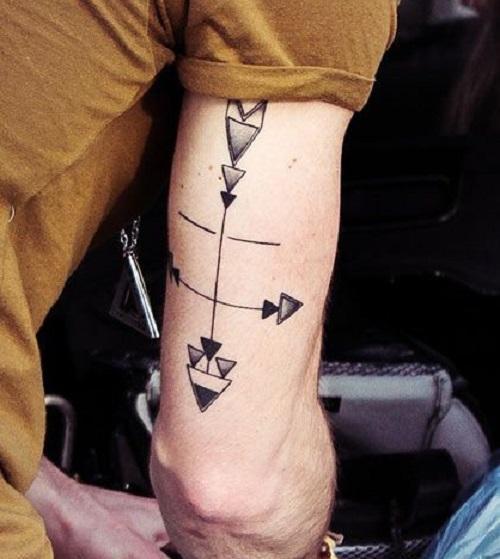 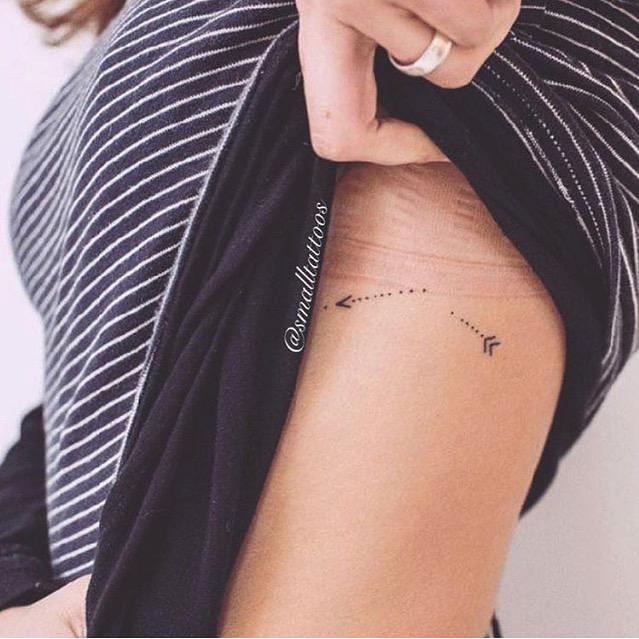 Image: instagram
1 of 6
What Is the Meaning of Arrow Tattoos
Back to top