What is the Meaning of Sailor Jerry Tattoos?

Jerry Sailor is known as the “Godfather of American tattoos” and is also a pioneer of the old-school tattoo style. As Jerry Sailor was also part of the navy, his tattoos were made for sailors and each of them has a different meaning. This way, just by looking at a sailor that served in World War II, we can learn more about them as people and as sailors.

You may also be interested in: What is the Meaning of Compass Tattoos?
Contents

Who was Sailor Jerry?

Norman Keith Collins (January 14, 1911 – June 12, 1973), known popularly as Sailor Jerry, was a prominent American tattoo artist in Hawaii who was well known for his sailor tattoos. He is considered the Godfather of American tattooing. In fact, his tattoo style is still popular to this day and became part of the old school tattoo style, along with other well-known tattoo artists of that time, such as Herbert Hoffmann, Bert Grimm, Bob Shaw and Bert Krak.

Therefore, if you're a fan of these old-school tattoos or sailor tattoos, keep reading to learn about their original meaning. You'll be surprised how many are still used to this day!

What is the meaning of Sailor Jerry tattoos?

One swallow tattoo was tattooed on sailors for every 5,000 nautical miles (9260 km) they travelled. Therefore, if you see these tattoos on a retired sailor, you'll know how much they travelled overseas.

However, nowadays, people like to commemorate Jerry Sailor, the Godfather of American tattoos, by choosing this tattoo to symbolise their love for the ocean, sailing or travelling. Others simply choose it as they admire Jerry Sailor's art.

An old-school sailor ship tattoo meant that the sailor had been around Cape Horn. Nowadays, people may also get this tattoo for having been near that area, but also simply because they enjoy sailing or this type of tattoo style.

A single anchor meant that the sailor had crossed the Atlantic ocean, or that they were a Merchant Mariner. However, this tattoo has since then opened up to other meanings, such as a person that is grounded or to symbolise their home.

Learn more in our article about anchor tattoos, where we explain more modern meanings of this tattoo.

In Sailor Jerry tattoos and the old-school style, crossed anchor tattoos were placed on the webbing between the index finger and the thumb marked a boatswain. Therefore, if you saw that tattoo on a sailor you would know their position on the ship.

A knot of rope around the wrist indicated the sailor's rank as a deckhand. There are many other small tattoos near the hands that will indicate a sailor's position on the ship.

This sailor tattoo symbolised the sailor's home and their return. Many people also had it as a good luck charm to return home safely to their families. Nowadays people can still tattoo this sailor tattoo to symbolise their home and how, even when we get lost, we can make our way back home.

This tattoo is more rare in sailor tattoos as it was earned when initiated into King Neptune's court after crossing the equator.

Nowadays this tattoo is more common among swimmers, marine biologists or even surfers. Therefore, if you're an ocean lover and want to symbolise that with an old-school style tattoo of a turtle, this may be for you!

Crossed cannons signified military naval service. It is still used today in the navy. Not only does it symbolise what the sailor does, but it also gives hommage to those who have done it before them.

Dagger through a rose tattoo meaning

This tattoo symbolised loyalty, whether it be for the sailor's crew, mission or their families back home. This tattoo continues to be popular to this day as it stands for our values and who we hold close to our heart. You may also want to learn about the meaning of rose tattoos.

These tattoos are commonly tattooed on the foot of sailors. They were meant as a good luck charm during the World World II to prevent sailors from drowning. This is because pigs and roosters were shipped in crates that floated and were often the only survivors of a ship wreck.

If you're a sailor or an ocean-lover and wish to have a good luck charm tattoo, this may be the one for you!

Compass tattoos were another good luck charm to symbolise a sailor's safe return home. Learn more in our article about the different modern meanings of compass tattoos.

Sailors even had dragon tattoos. These tattoos meant that the sailor had been to China. However if the dragon was gold, it meant that they had passed the International Date Lines. Nowadays, you can still get this tattoo if you've ever been to China or simply if you like the design. Other people decide to get this tattoo to symbolise their strength.

This tattoo was for U.S sailors that had been to Hawaii or for the Royal Navy Sailors during World War II who took part in the Mediterranean cruises. People still enjoy to get these tattoos to remember their travel to Hawaii or other islands.

Lastly we want to show you some modern Sailor Jerry tattoo ideas. You can go for the traditional designs to pay hommage to its history and original meaning. However, you can also ask a specialised tattoo artist to tattoo something else in this style. This will make your tattoo more unique and personalised to you and your story.

Here are some examples of modern Sailor Jerry tattoos. Check out the tattoo artists near you and ask them if they have any designs similar to these.

To learn more about these tattoos, we encourage you to also watch the video below where a specialised tattoo artists talks about the history and meaning of Jerry Sailor tattoos and why he decided to continue tattooing in this style. 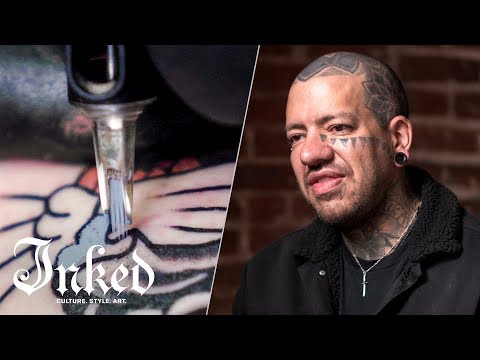 If you want to read similar articles to What is the Meaning of Sailor Jerry Tattoos?, we recommend you visit our Beauty & Personal Care category.

What is the Meaning of Sailor Jerry Tattoos? 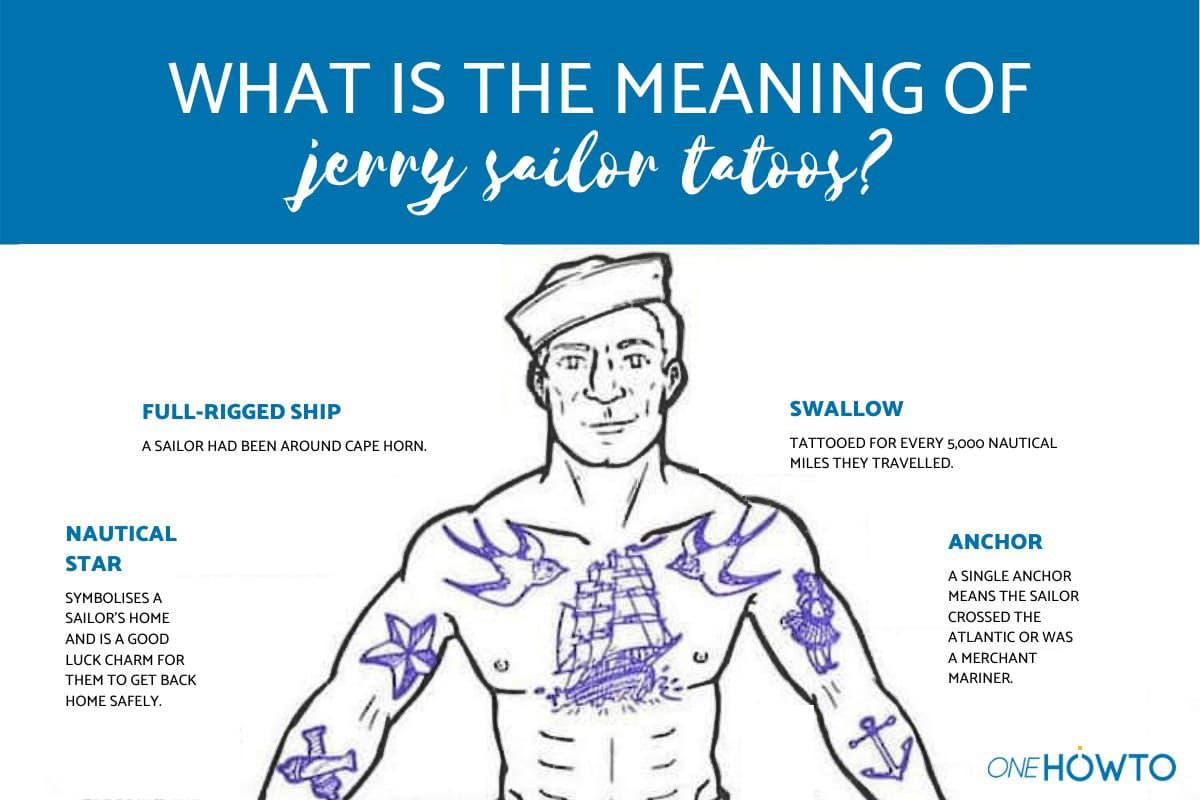 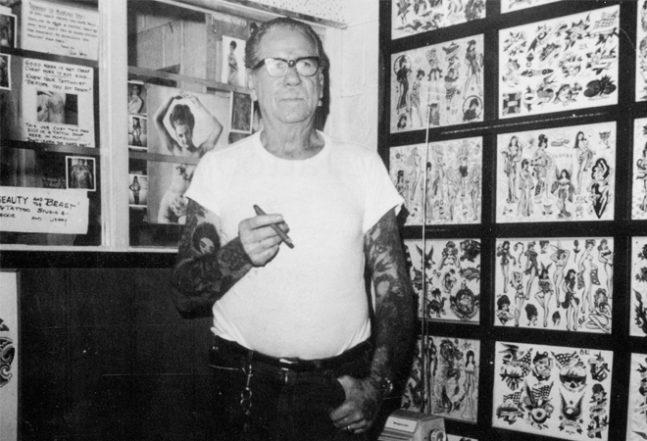 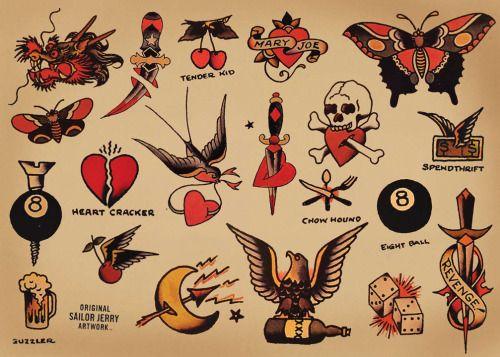 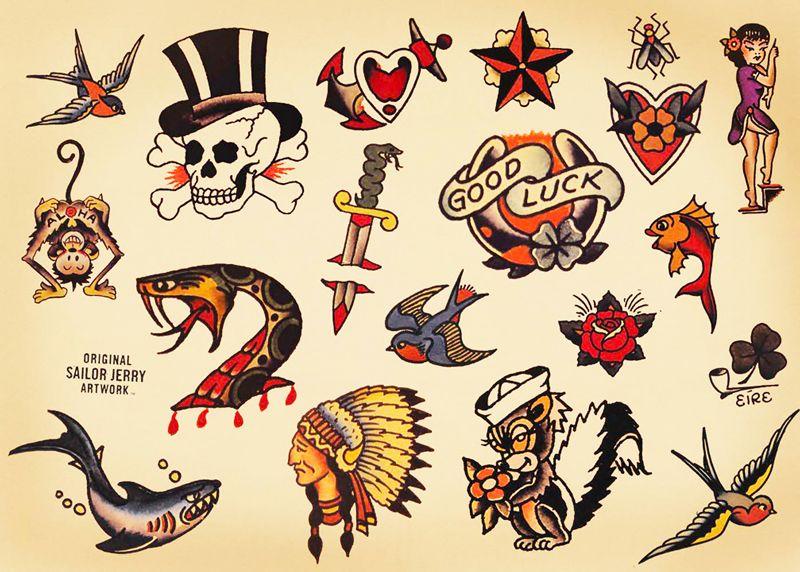 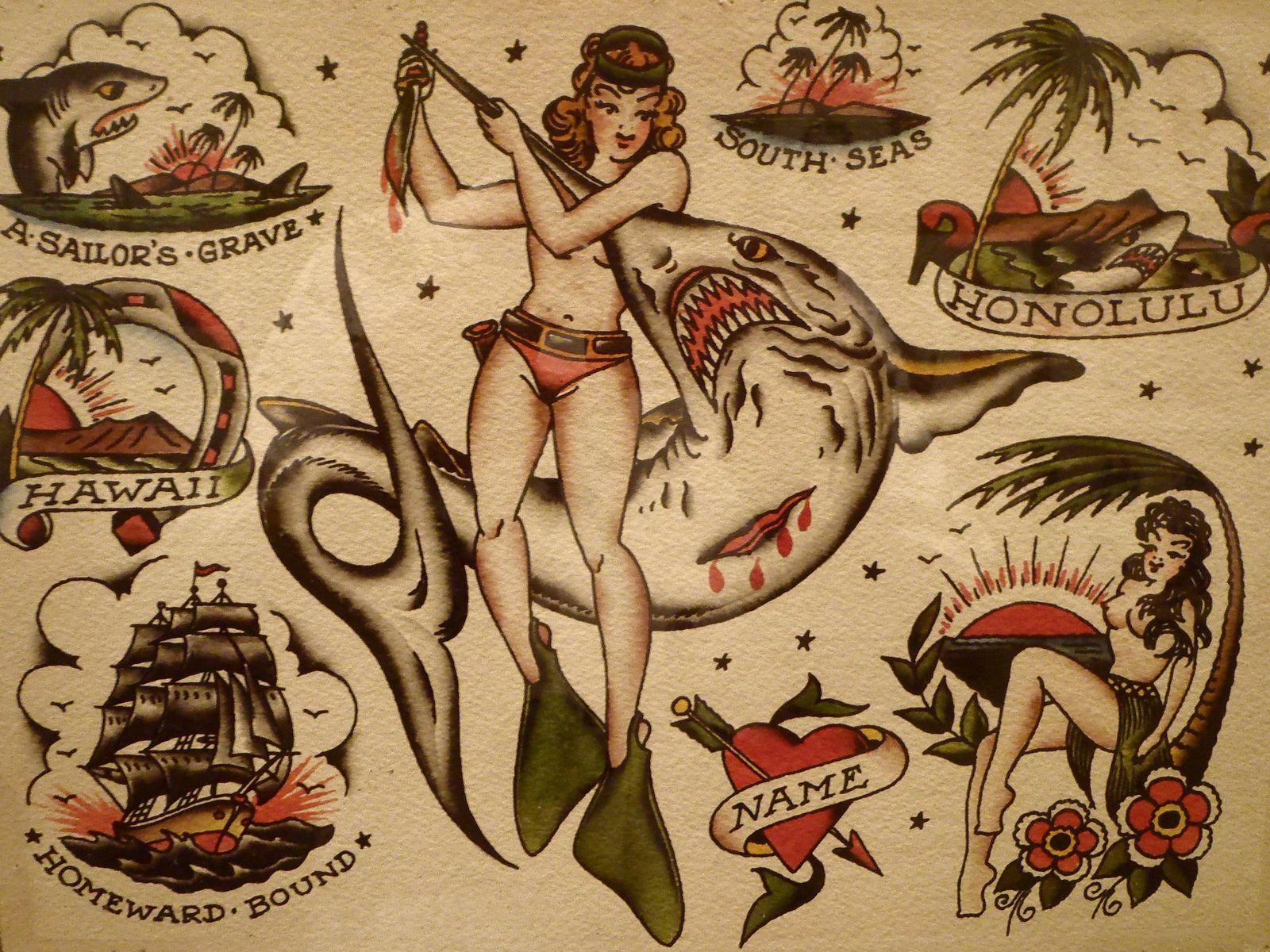 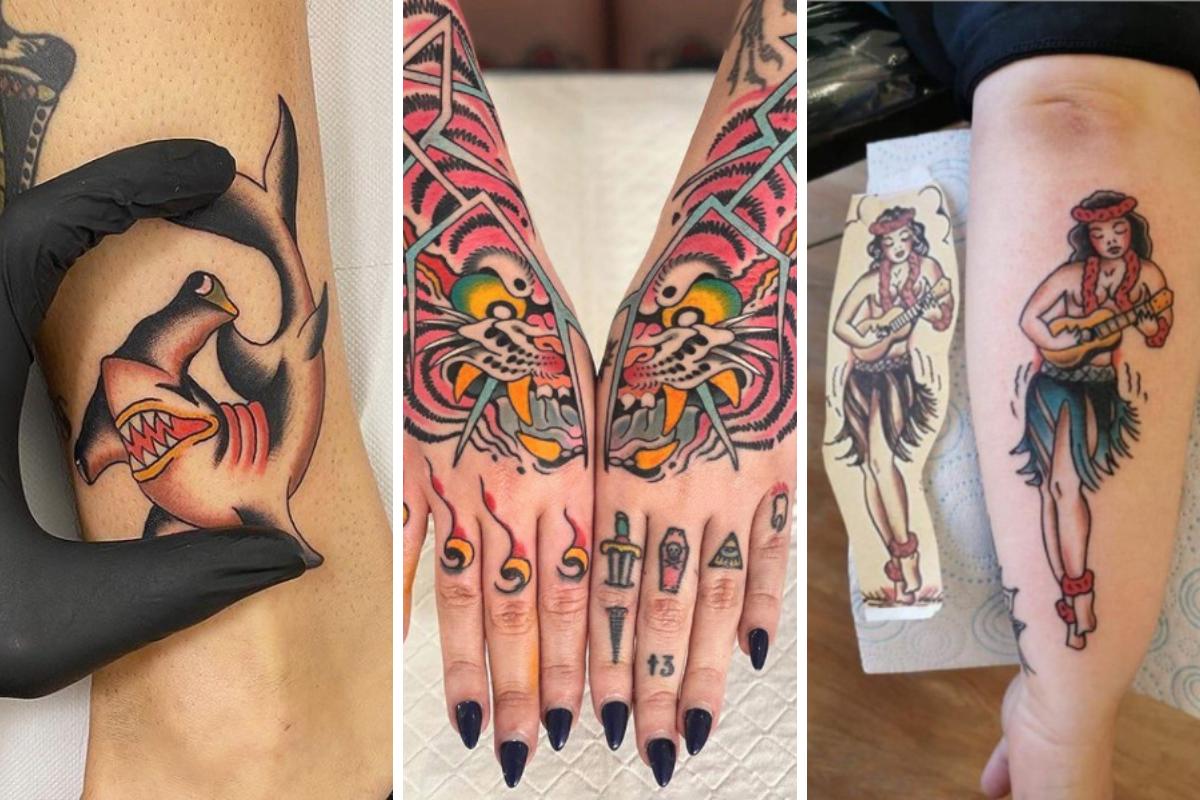