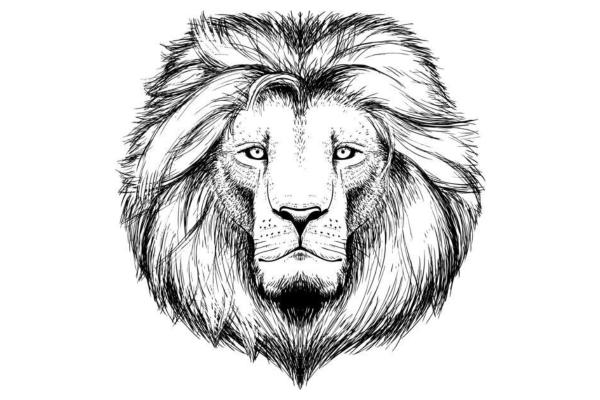 Lions are beautiful animals with admirable qualities, such as strength, courage and bravery. If you like lions, you may also be considering getting a lion tattoo. However, did you ever wonder what exactly is the meaning behind a lion tattoo?

In this oneHOWTO article we're going to explain the different symbolic meaning of a lion tattoo. We'll also give you plenty of design ideas so you can find the best lion tattoo design for you.

You may also be interested in: The Meaning of Finger Tattoos - Ideas & Designs
Contents

The first thing that comes to mind when we think of a lion is its ferocity, its strength and its danger. They are animals that have always been considered fierce and dangerous to the human being, in fact, they are the kings of the Savannah due to their authority over most of the other animals that live in their surroundings.

Therefore, one of the meanings of a lion tattoo can relate to your own strength and courage, something that does not have to be physical, but a spiritual strength, a force that allows you to overcome any obstacle with your head raised high.

But in addition to this meaning of strength and courage, the lion also symbolizes freedom. This is because lions are animals that live freely in the Savannah, they live in harmony with nature and their strength allows them to follow their life without hardly having any obstacles in their way.

In this sense, a lion tattoo may mean that you are a person with a free spirit and that, when you draw a wild animal, you relate to this way of living wildly, in harmony with nature. Remember that there can only be one ñion in each pack, so they are not considered very sociable with their male counterparts.

Lions have always been considered the representatives of power. As we have previously mentioned, we consider them the kings of the forest, that is, the highest authority in their environment. This is why, in cultures such as in Africa or India, these felines have always been part of their iconography and artistic expressions. They were considered the highest exponents in the order of nature and, therefore, were able to protect cities, buildings, and so on.

This is also the reason why, since ancient times, the lion was also a symbol that was associated with the more privileged classes of a society, often being used on shields, flags and royal art. This is why many people continue to use a lion to symbolise their power, as well as strength and bravery.

Unlike other felines like tigers, lions are animals that live in herd and take care of their offspring. This is why a lion tattoo can also reflect the bond you have with your family, how important your family is to you and your loyalty to them.

You can go for a normal lion tattoo or a lioness tattoo since, in the background, these are the ones that are in charge of the protection of their cubs, of teaching them to hunt and to take care of them until they become adults. Lionesses too are symbols of femininity and the strength of women because they are the ones in charge of hunting, of maintaining the family nucleus and of procreating. This is why, if you are a strong woman, especially a mother, a lioness can be the perfect tattoo for you.

The meaning behind a female lion tattoo, also known as a lioness, is a strong woman who protects and fights for her family. Therefore, if this reflects who you are as a person, this may be the best tattoo for you. Take a look at two examples of this tattoo below!

A symbol of protection

Since the lion is considered a powerful and strong animal, it has also been granted a symbolic meaning of protection and a faithful guardian. This is why their image is depicted in many buildings, paintings and sculptures of cultures around the world as they consider that having a lion there will provide protection in every way.

So if you decide to ask one of your favourite designers for such a tattoo you should know that one of the meanings of the lion tattoo may be related to the fact that you want to protect yourself, as if it were a lucky charm and a symbol of prosperity.

A lion can be tattooed in thousands of ways, but there are some symbols that, when related to lions, have a specific meaning to them. The meaning of a Rastafarian Lion is somewhat different since it will be associated with the Rastafarian culture. We must bear in mind that the Judah lion is considered the representative of Selassie I, the emperor of Ethiopia and therefore the highest representative of the divinity and this culture. This king was very venerated among the Rastafarians because he was the first black monarch that ruled this country; therefore, he was considered as the “prophet of liberation”.

If you have decided you want a Rastafari lion tattooed, you should know that, in addition to its connection with the power of Ethiopia, this tattoo may also be related to the teachings of this movement that is based on love, respect and tolerance for all living beings on Earth.

Combining the symbols of the lion and the crown, a tattoo reinforces its meaning of and lioness, it's to reinforce your strength and power over life events. Again, this can also be applied to a lioness tattoo with a crown, which can be tattooed if you are a woman or want to honor a feminine member of your family.

You may have triumphed and overcome bad moments in your life, so having a lion which symbolizes strength and the royal crown which means self-control and independence, the meaning of your tattoo will be complete. This tattoo is often use to cover up scars on the skin.

The meaning of rose tattoos combined with lions can have several meanings. Although a lion is courageous, a rose has thorns and cannot be touched even though it's beautiful.

Thus, a lion and a rose can symbolize both the passion and desire of an individual, the will of a person to overcome their fear on their own and to show how you have changed and grown as a person, becoming a stronger individual.

Have you ever seen a lion in a triangle and wondered what it means? Although sometimes using a triangle is a cool way of framing your tattoo, a triangle is also an ancient symbol of masculinity (the inverted triangle symbolizing femininity). Thus, it can symbolize one's identity and strengthen the meaning of owning your own decisions, of pride for being who you are.

Apart from lion tattoo meanings, at oneHOWTO we also explain the symbolic meaning of several other animals such as owls, birds, elephants and wolves. You can also watch the video below to see more lion tattoo ideas!

If you want to read similar articles to Symbolic Meaning of a Lion Tattoo - Ideas & Designs, we recommend you visit our Beauty & Personal Care category.

The Best Tattoo Ideas For Men
Tattoo Designs that Mean Strength and Courage
Tattoos That Represent Family With Meanings
The Symbolic Meaning of Elephant Tattoos
Most read
1.
How to Get Rid of a Female Mustache or Upper Lip Shadow - 5 methods
2.
The Meaning of a Double Triangle Tattoo
3.
How To Make Your Bust And Butt Bigger
4.
How to Remove Hair from the Anus Area
5.
The Meaning of Finger Tattoos - Ideas & Designs
6.
How to Make Fat Burning Cream at Home
7.
How to Remove Burnt Smell from Hair
8.
How To Straighten Hair Naturally Using Cornstarch 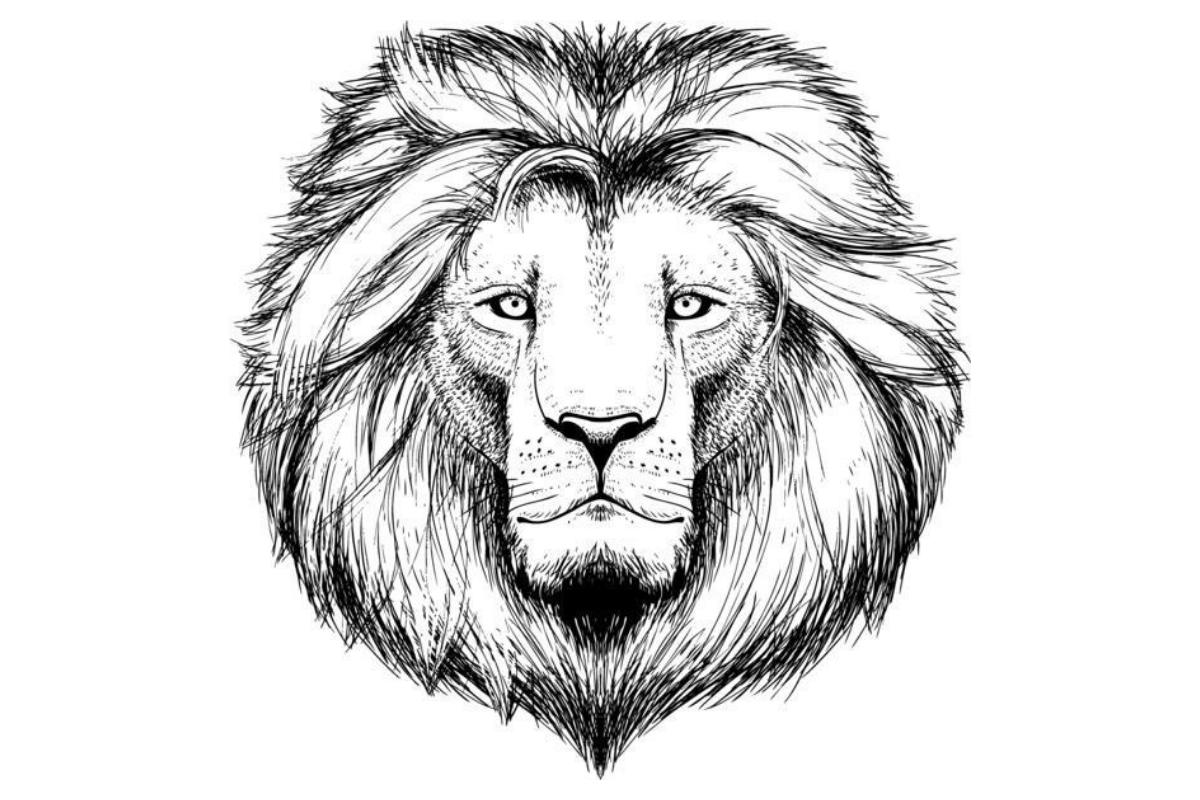 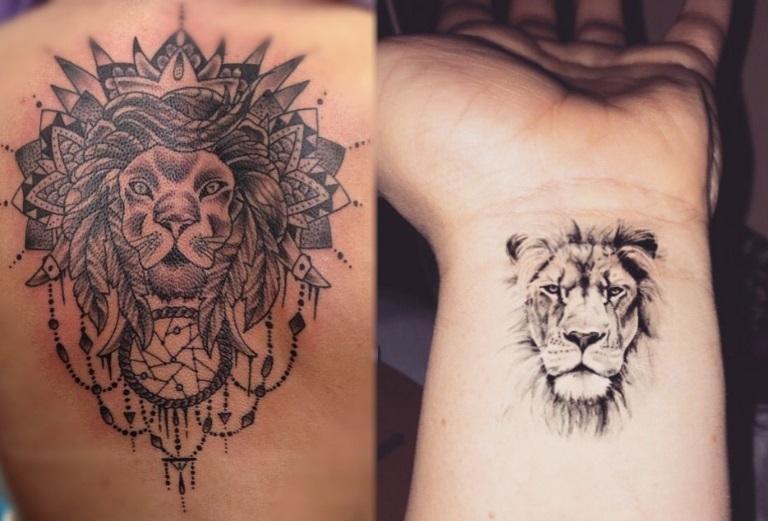 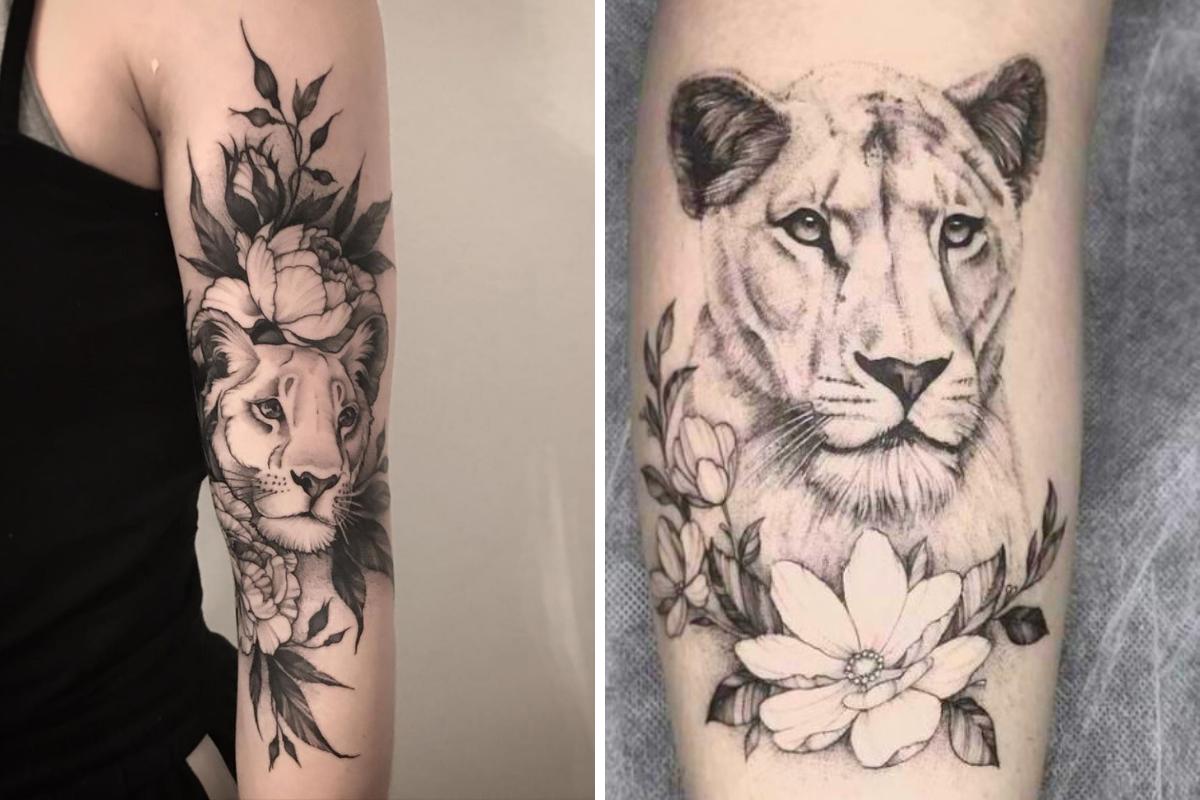 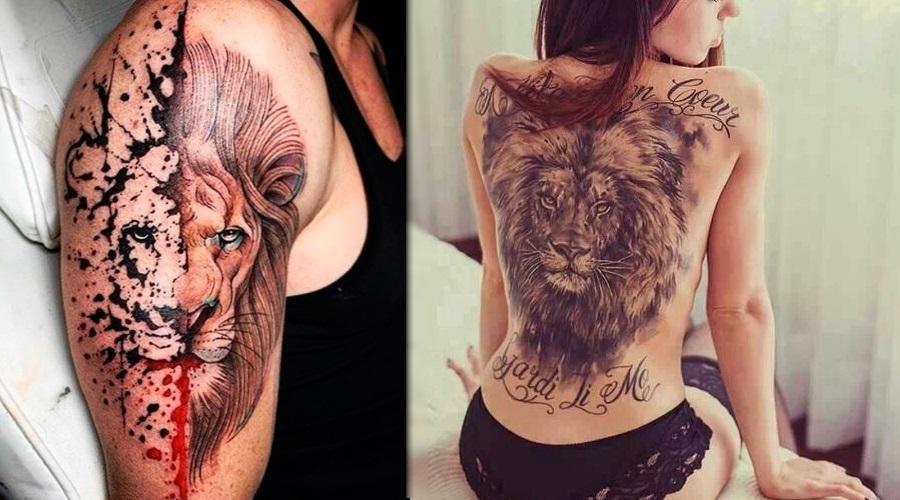 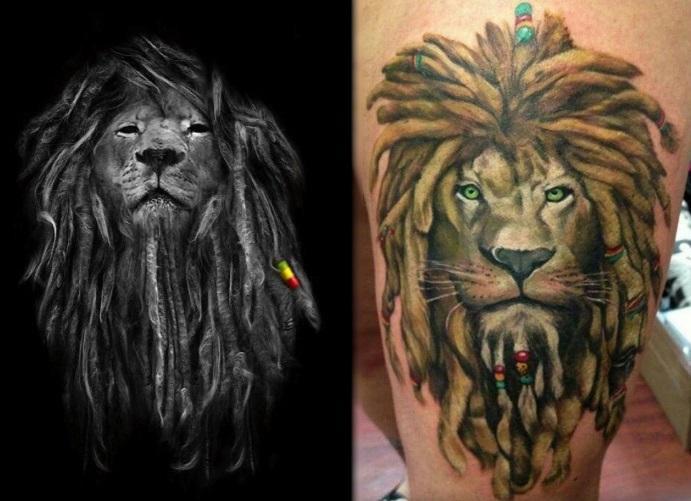 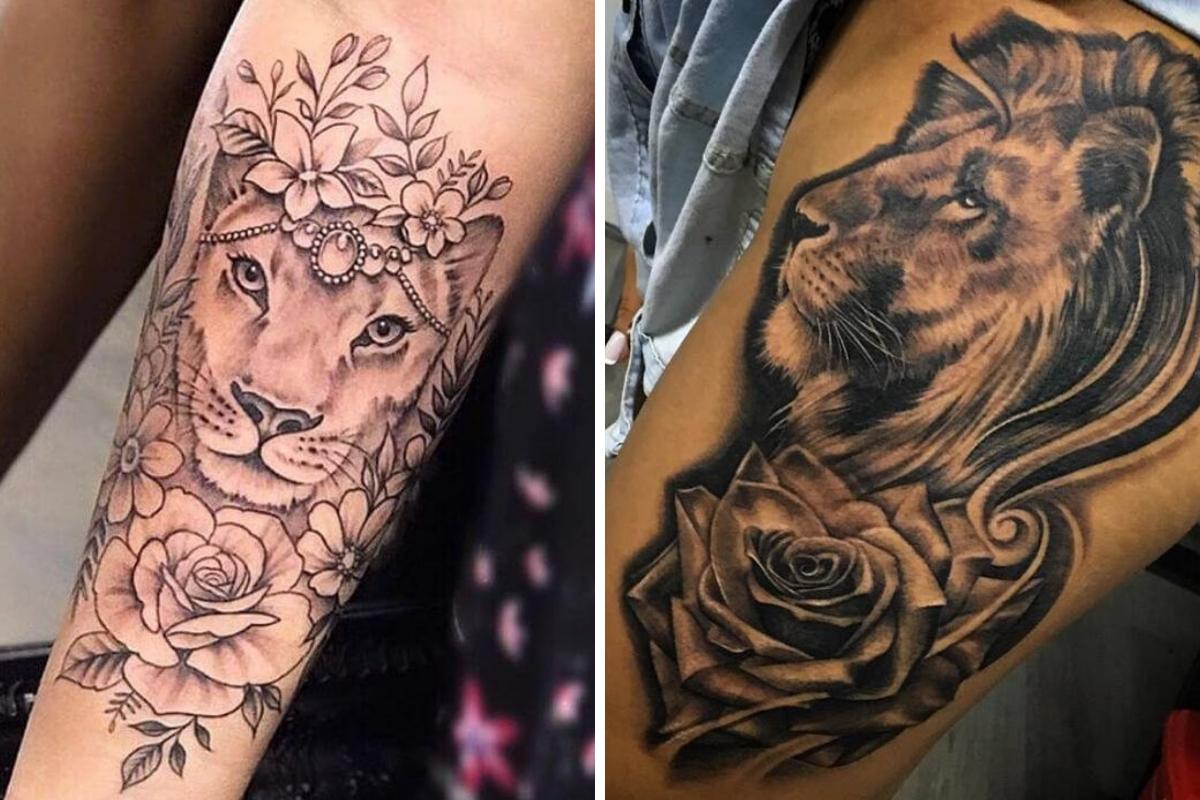 Image: Pinterest
1 of 8
Symbolic Meaning of a Lion Tattoo - Ideas & Designs
Back to top