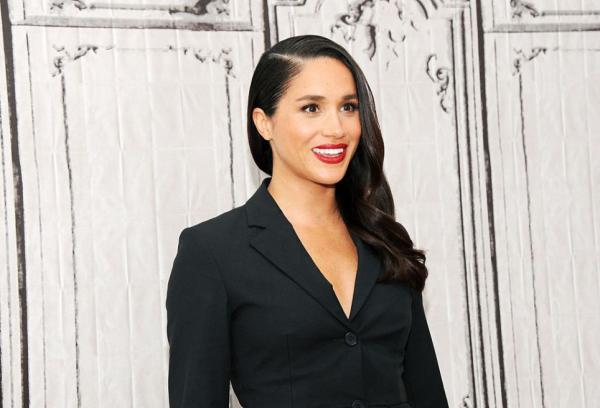 Meghan Markle is an American actress whose wedding to Prince Harry in 2018 makes her a member of the British royal family (with all the media attention that entails). After announcing her engagement, she has become one of the most Googled persons in the royal family, even surpassing Prince William, The Queen and Kate Middleton. Born in Los Angeles, California, the ‘Suits’ actress has such a charm and style which surely attracted the Prince in the first place. She is known for her style and glamour. Whether this style has always been regal is debatable, but its hard to argue it's not great. Read this oneHOWTO article to know how to dress like Meghan Markle. Being a princess is overrated, but looking good should be for everyone.

Meghan Markle’s clothes will be setting trends for years to come. It's not all glamor. Style meeting comfort seems to be something she is fond of. She sets the laid-back tone for her friendly visit ensembles in stylish coats and jackets, complete with coordinating scarves and accessories.

Whenever she makes a public appearance scheduled in the winter season, she expertly sports a variety of outerwear. These include wrap coats, trench coats, long coats and others. When she confirmed her engagement with Prince Harry outside the Kensington Palace, she wore a stylish white Line the Label wrap coat, along with cutout dress and wraparound sandals. During her visit to the Cardiff Castle, she wore Hiut denim dark wash jeans, a Theory peplum blazer and a Stella McCartney coat on top. She accessorized the look with a DeMellier London bag and Tabitha Simmons boots.

Meghan is someone who hones bootcut flared trousers with so much grace and elegance. These trousers are timeless, but wearing them is a surefire way to show she is on trend. You would perhaps not expect a Duchess-to-be wearing these trousers. But Meghan does not seem to take style notes from her future royal relatives. She seems to be doing it her way and giving her own little twists to royal attire.

Every woman’s wardrobe is incomplete without black, but royal ladies almost never wear black clothes, except for wakes and funerals. As for Meghan Markle, she seems to have no compunction on staying with the recent proliferation of all black style. She is seen wearing black from head to toe many times at her appearances . Whether this is something she will keep up after she and Harry tie the knot remains to be seen.

Since she belongs to the world of film and TV, she did not get her upbringing in monarchy and seems to have a fresh eye for royal dressing. As a result, her approach towards fashion is unconventional and often unpredictable. Ripped jeans seem to be Meghan’s favorite style of jeans. We have seen her wearing them at several occasions, including her first public appearance with Prince Harry at the Invictus Games, Toronto in 2017. She tried to keep the look casual by wearing a white button-up shirt with rolled-up sleeves, and a pair of ripped jeans in blue color. Although she looked good, she was criticized for shaming the royal family by wearing such jeans. You don’t expect to see a pair of ripped jeans on a Duchess, do you? However, the star looked beautiful and whether it meets the royal expectations or not is an entirely different thing.

Royal women have princess gowns as a default choice for evenings, but Meghan is often seen wearing trousers after dark. In addition to coats, jeans and jackets, Meghan Markle carries off gowns and dresses equally well too. Whether it is the fishtail dress she wore at a charity function or the tuxedo style mini metallic dress she wore at the CFDA Vogue Fashion Fund gala in 2015, she carries it well and looks fabulous.

As far as Meghan Markle's hairstyle is concerned, she likes to keep it simple and straight. She also seems to be the fan of waves that she has flaunted on a number of occasions. She has smooth and shiny hair, which makes a chignon look stunning on her. In some events, she has also arrived with her locks swept sideways. Although she keeps a middle parting most of the time, she also flaunts a side parting with equal grace and perfection. When she wants to wear a rock-n-roll look, she likes to wear a messy bun set in the middle or sideways.

This is an era where everything is associated with individuality and being yourself is the ultimate fashion statement for Meghan. Meghan’s choice of accessories is also unique and out of the box:

Here are a few makeup tricks that Meghan Markle follows:

Meghan Markle has a very different approach towards her style. Instead of being singly patriotic and restricted to geographical borders, her clothes match the concept appropriate to the present moment. She likes to pair expensive items with some cheap pieces, such as the M&S jumper worth £45 she flaunted at Brixton. Sometimes, she looks like an inaccessible princess. On other occasions, she looks like a girl next door with whom you could have lunch one day.

And she knows how to artfully wear a messy bun and mismatched earrings. The clothes she wears to date are quite different from what we expect from a royal princess. If you want to dress like Meghan Markle, you need to keep a close look on what she wears. However, after the wedding, it's time to see what the future holds for her style.

If you want to read similar articles to How To Dress Like Meghan Markle, we recommend you visit our Fashion & Style category. 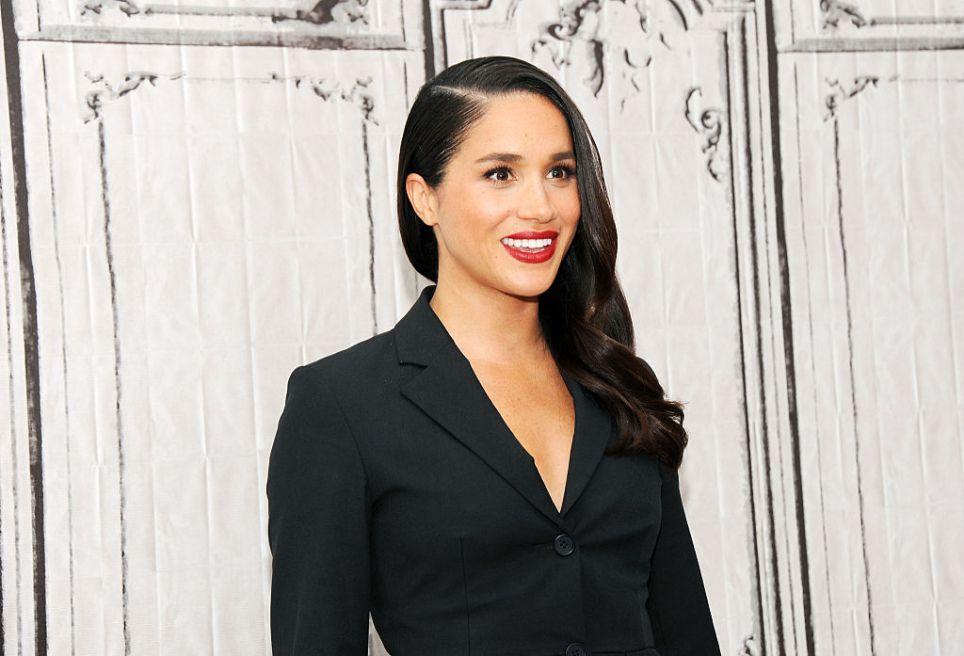 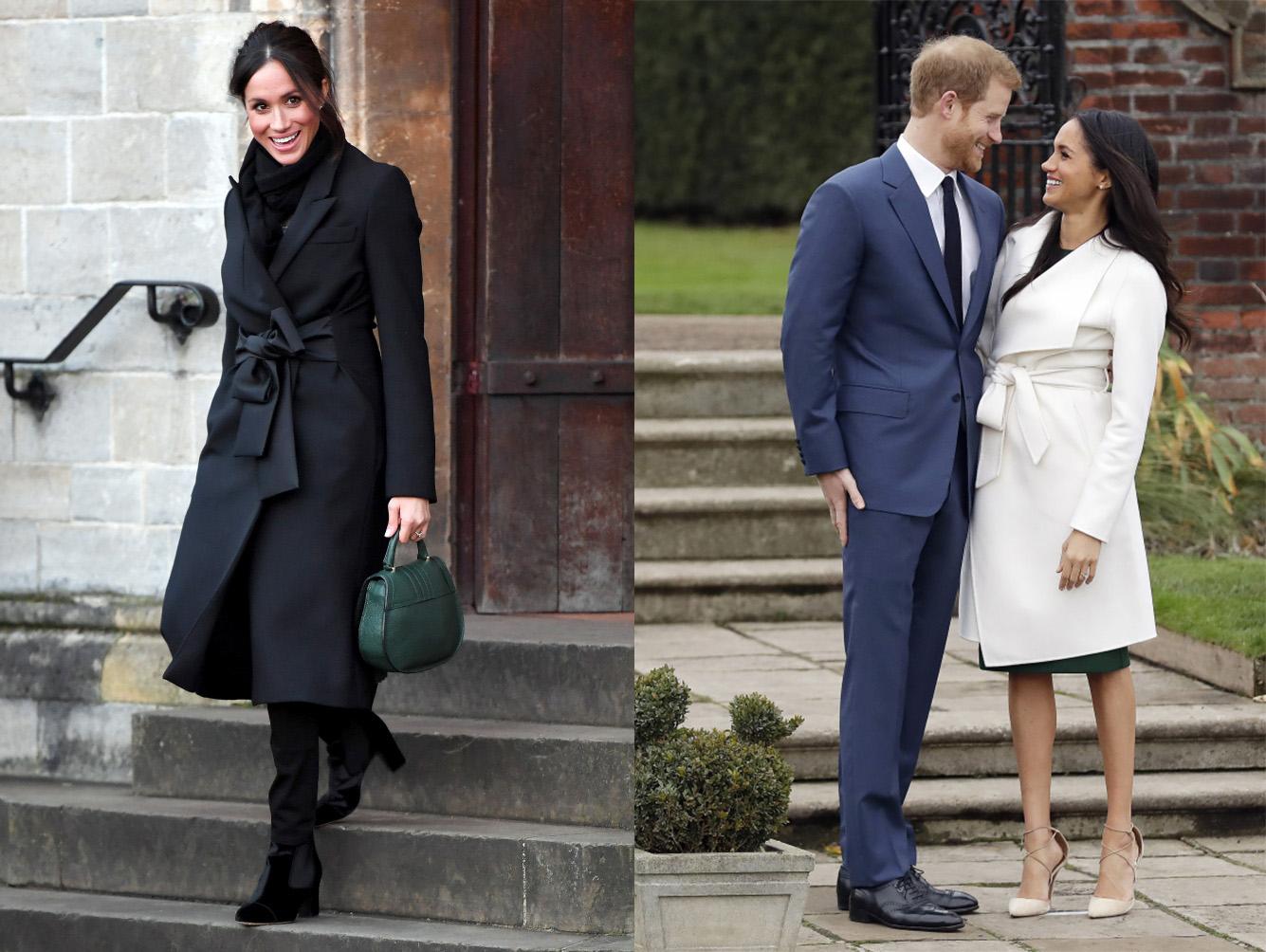 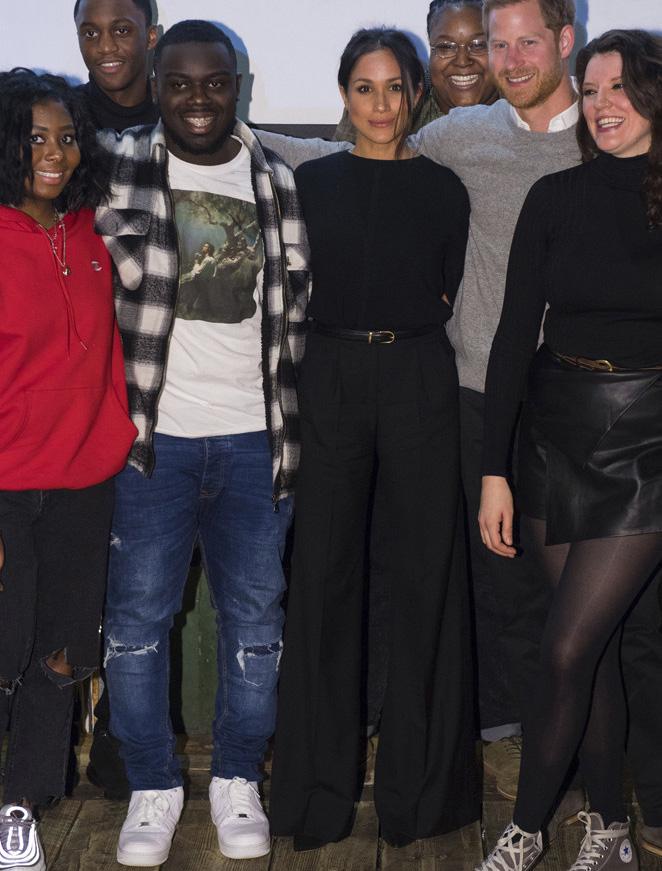 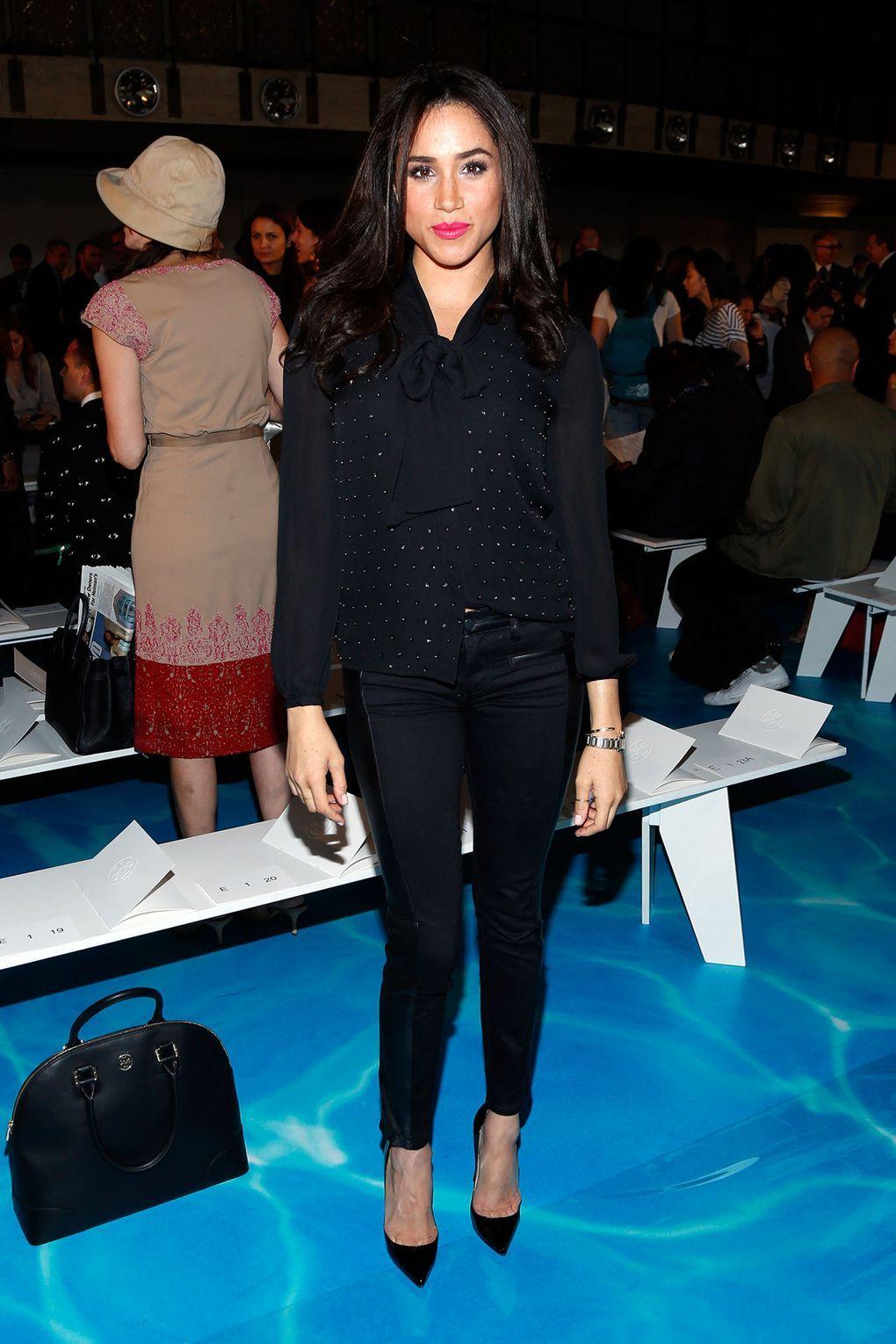 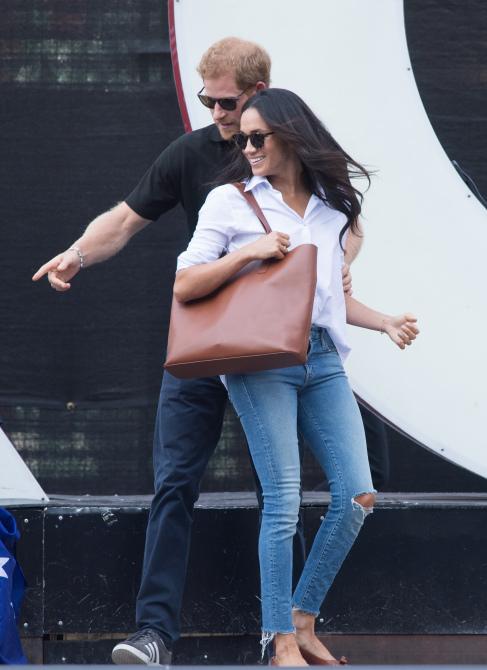 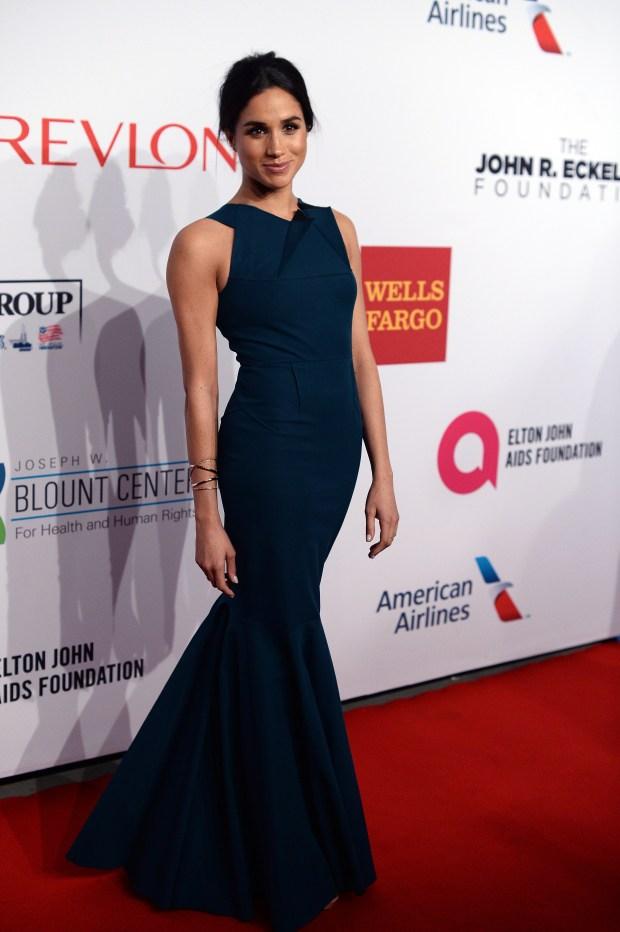 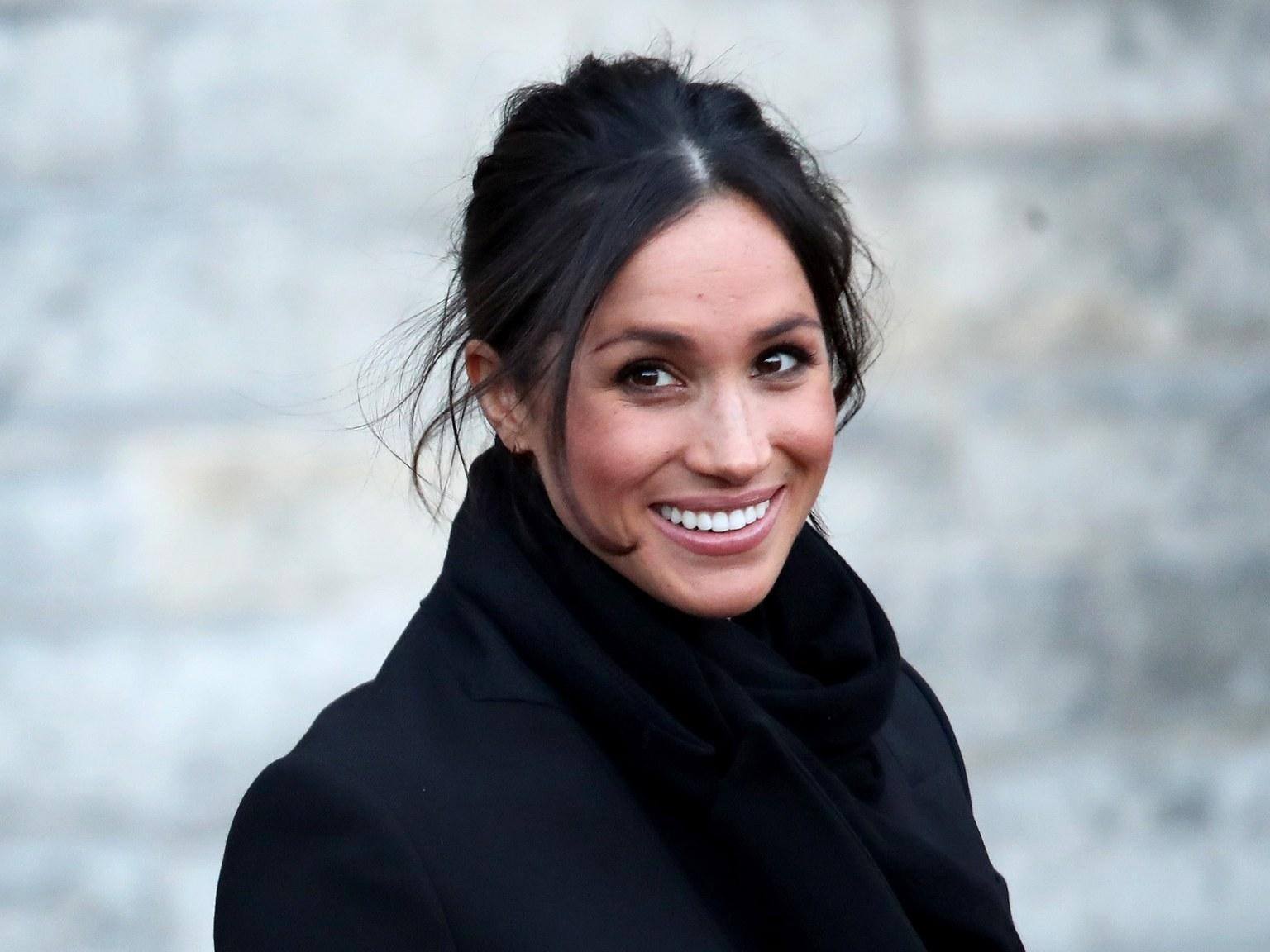 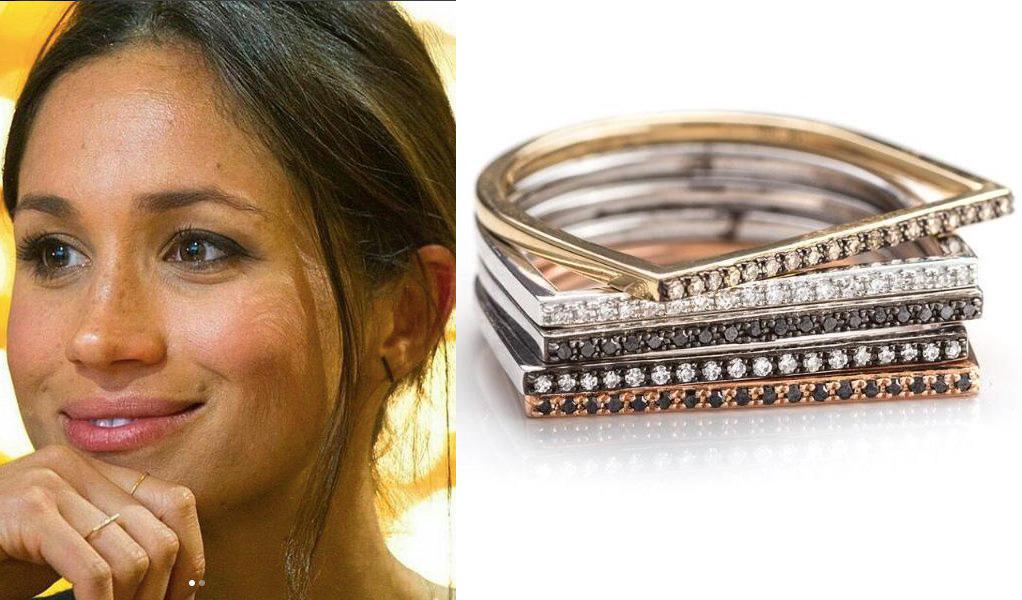 Image: twitter.com
1 of 8
How To Dress Like Meghan Markle
Back to top