What Do Line Tattoos Mean?

Many people choose to get tattoos which are fashionable. Some people get tattoos for the experience rather than for the image. Others still get inked because their tattoo represents something close to their hearts. Whatever the reason, it is always a good idea to know the general symbolic meaning behind your tattoo, even if its not something you deeply believe.

Of the most common and popular recent designs, many people favor geometric shapes. Some of the most prominent geometric styles are line tattoos. In this oneHOWTO article we will be discussing what is the meaning of line tattoos so that you can decide if this is the style for you.

You may also be interested in: What Do Diamond Tattoos Mean?
Contents

What do line tattoos represent?

Line tattoos have different meanings depending on different cultures. Although in most places they are considered simply as a beautiful ornament for the body. In other cases they may have a personal meaning, as is with the vast majority of tattoos. But there are always certain peoples who do endow this type of symbol with meaning.

The most prominent culture in this respect is the Japanese culture. Line tattoos were used to mark members of the Yakuza, the famous mafia Japan. The number of lines on the arm indicated where the member of this criminal organization came from.

In other cultures this custom was also adopted at some point and some criminals were also marked with lines so that the members of the society knew that they were facing a criminal.

Why are line tattoos fashionable?

Nowadays the symbology of line tattoos has been completely lost in western society, and they are often used as simple ornaments for the body.

The are several possible reasons why a large number of people have decide to tattoo lines onto their body. One reason could be because they are very simple and elegant tattoos, which are easy to hide if necessary.

Because of its simplicity, it is thought that these tattoos are easy to do, but in reality, its the opposite. A large number of tattooists refuse to do these types of drawings or symbols because circling an arm or leg with perfect symmetry is incredibly difficult and takes an incredible amount of skill. However, despite this difficulty, more and more of these tattoos are in demand among tattoo goers.

There are multiple types of line tattoo designs. Among the most used are two thick black lines, several fine lines that can be black or different colors, thick black lines with gradient effect, cut lines (like a dotted line) or even lines with curved effect.

Bear in mind that you can customize your tattoo design slightly so that it is special or unique to you or the artist. You can add extra drawings, such as birds or any other animal ‘‘supported’’ on the line, or include a symbol, like the tree of life, so that it looks almost like a bracelet.

If you want to read similar articles to What Do Line Tattoos Mean?, we recommend you visit our Beauty & Personal Care category.

What Do Line Tattoos Mean? 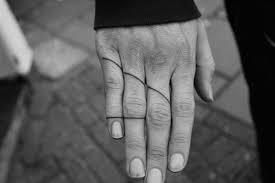 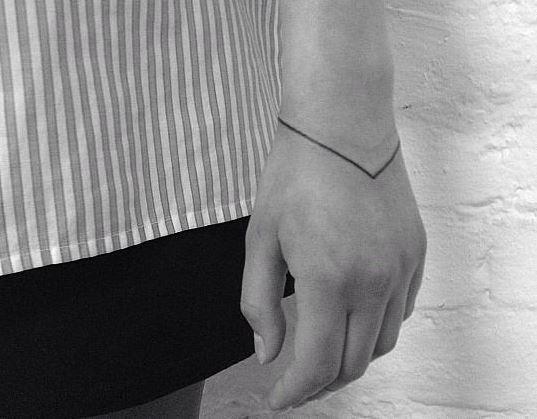 Image: pinterest.com
1 of 3
What Do Line Tattoos Mean?
Back to top