The Meaning of Shamrock Tattoos

You may be aware of shamrocks and their association with Ireland. They are a symbol which is found all over Irish culture, even being used in the country's official tourism promotions. They are often associated with a four-leaf clover, although they are not technically the same. Shamrocks are green and always have three leaves. Clovers can be green and have three leaves, but they can also have four and some are found in different colors. Despite these slight differences, they are often used to symbolize various meanings.

At oneHOWTO, we look into the meaning of shamrock tattoos. If you are thinking of getting a shamrock or four-leaf clover inked, then you should know the symbolism behind them.

You may also be interested in: The Meaning of Polynesian Tattoos
Contents

When you look at a shamrock quickly, it is easy to confuse them with a four-leaf clover. However, true shamrocks only have three leaves and are always green. They may not have the same symbolism related to good luck, but they are a very important cultural symbol. This is especially so in Ireland.

The shamrock is a national symbol of Ireland, up there with the harp and a Celtic cross. It is seen especially around St. Patrick's Day, memorialized on everything from novelty hats to the foam on a pint of Guinness.

The origins of the shamrock lie in St. Patrick himself. This is because it is believed Patrick used the three leaves of the shamrock to point to the Holy Trinity of the Christian tradition. Specifically, the godhead of the Christian religion is God, Jesus Christ and the Holy Spirit. They are simultaneously three individuals, but they are also one being. The shamrock has three leaves, but it is at the same time only one entity.

Due to its association with the Holy Trinity, the shamrock was believed in ancient times to be imbued with magical qualities. However, it is important to note it was never referenced in the Bible.

We have many symbols of good luck in the Western world. If we were to make a Mount Rushmore style monument to them, four-lead clovers are likely to be up there along with horse shoes and rabbit feet. As with the shamrock, the four-leaf clover is associated with Ireland and has strong Celtic roots.

Green shamrocks with three leaves are very common in Ireland. They sprout all over the so-called Emerald Isle. However, a four-leaf clover is much less common. For this reason, they were considered lucky when one would stumble across a four-leaf clover in nature.

For some, the four leaves of the clover represent the following:

Although less religious in nature, the four-leaf clover is still associated with faith. You don't have to be religious to get a four-leaf clover tattoo, however. They are very common among many different people, as are many tattoos and symbols which are said to attract good luck.

As you can see, tattooing a three or four leaf clover has a lot of different meanings. As with any tattoo, it is up to the person getting the ink what it means to them. There are classic meanings of the tattoo, but you may want to adapt it to something more personal. You can also incorporate it into a larger tattoo design, change its color or do whatever you like. Here are some shamrock and four-leaf clover design ideas to inspire you:

One of the most common options for those who want a discreet tattoo is to go for the classic shamrock. Whether it has three or four leaves as a four-leaf clover tattoo, you can get it however you like. It can be a black outside with shading, a color tattoo in green or even choose a different color if you want to relate it to hope, health, harmony, emotional balance or simply as a symbol of nature itself.

If you want to give a touch of originality to the classic clover, you can simulate the clover with non-continuous lines. In this way, the leaves of the clover will not be united in themselves with a continuous line. It is ideal for the neck, ankle or wrist.

Just as we can with other flowers, why not make a bouquet or vine of clovers joined together. This type of larger design is ideal for the leg or arm.

Shamrock with a date

Clover is a magical symbol and related to good fortune, essentially a type of amulet. For this reason, many people associate it with a special moment which is related to good luck. If you have a special date that you want to remember, you can include it in your shamrock tattoo design to never forget that moment. Many people put the date of their marriage or the birth of a child to show how lucky they are to have certain people in their lives

In addition to giving good luck, perhaps you want to remember a loved one who has brought you fortune or even you want to enhance good fortune in yourself. If that is the case, we suggest you add an initial to your clover, either at the stem of the plant or at the top. You can even put it inside one of the leaves. You can also draw an initial and finish it off with your magic shamrock. There are endless options for your shamrock tattoo.

Although geometric shapes have been seen in nature since the beginning of time, they have only become widespread in tattooing over the last few years. Another original and modern design to differentiate yourself from the classic shamrock is to draw a clover in its geometric version. This is more similar to a mandala and you can use it to incorporate other geometric designs for tattoos.

Shamrock and other elements

Why stick with a simple shamrock design? You can make your tattoo by joining other significant elements for you. In addition, you can play hide or disguise it so that it is not so easy to find. Have a think and use these ideas to get inspired.

If you want to read similar articles to The Meaning of Shamrock Tattoos, we recommend you visit our Beauty & Personal Care category.

The Meaning of Shamrock Tattoos 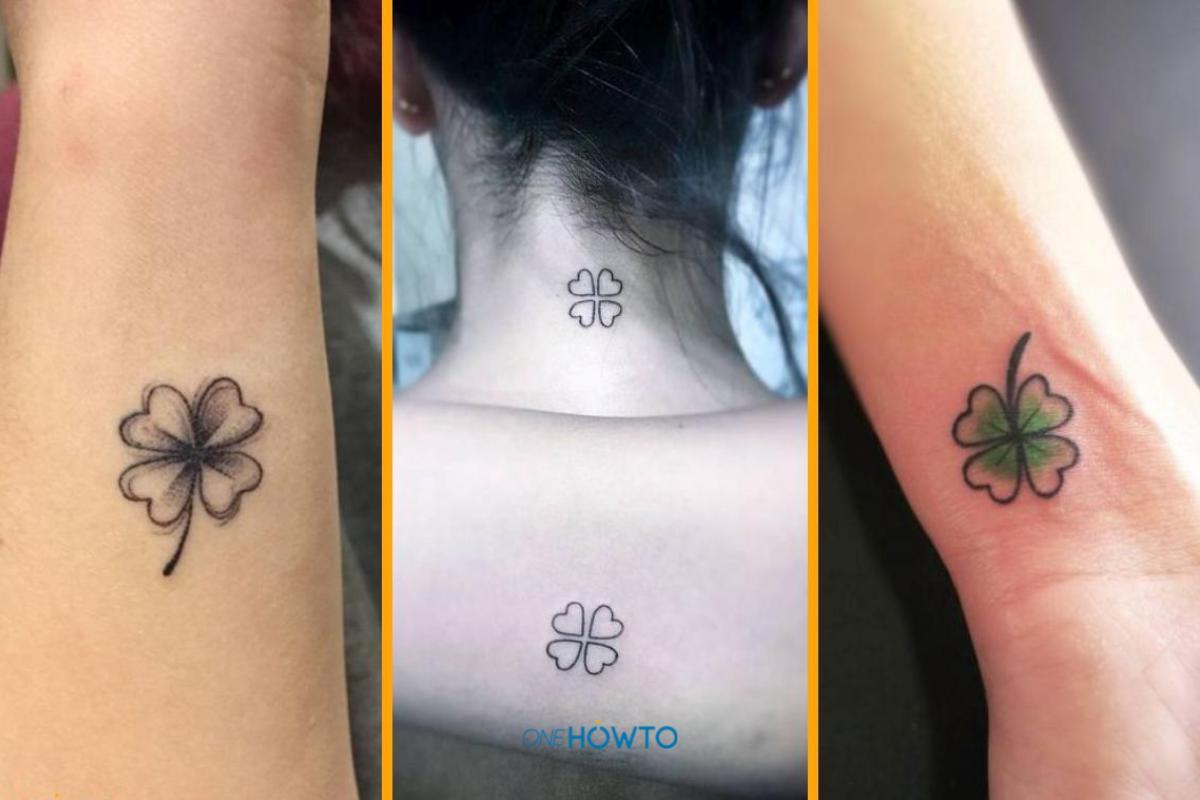 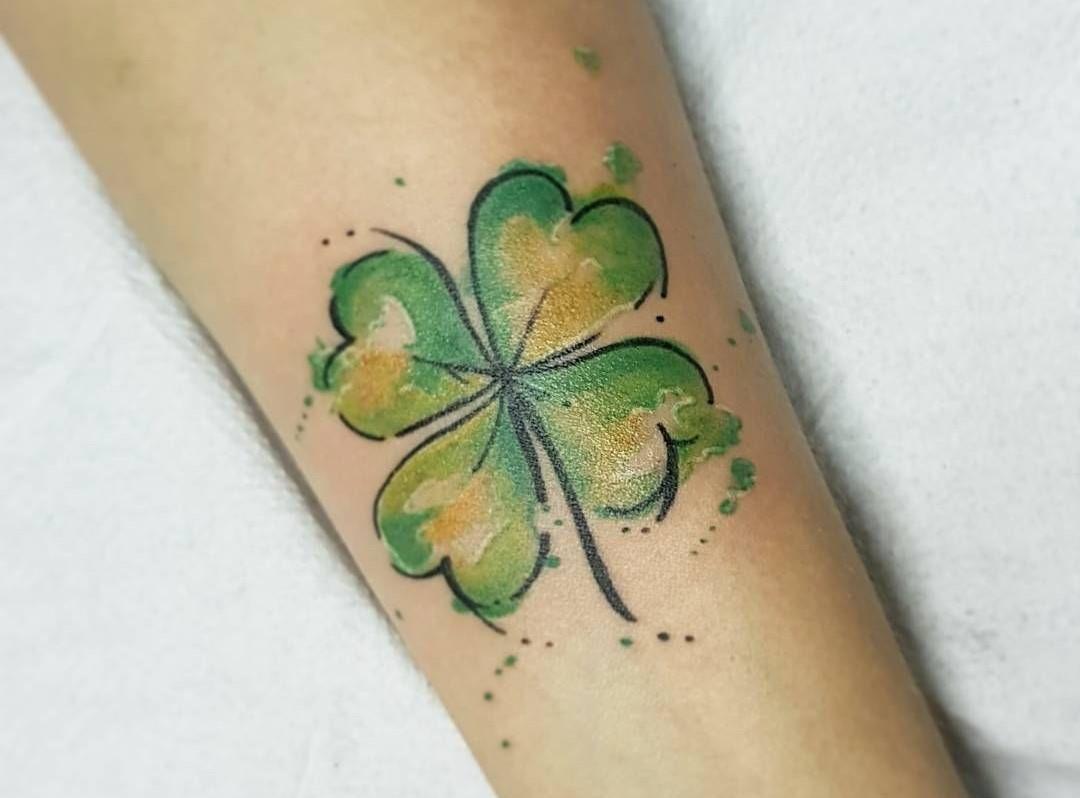 1 of 2
The Meaning of Shamrock Tattoos
Back to top