New Balance are having a new lease of life thanks to several celebrities that have worn them recently in their casual outfits. Cara Delevigne, Gigi Hadid or Kanye West who have been seen wearing them frequently. As you know, they have a very specific style that is easy identifiable, with the first letter of their brand name stitched to the sneakers.

However, with the rise of the replica, many brands such as Adidas, Nike or Reebok has caught the eye of the black market, which is why you may find fake New Balance shoes online or in certain, non certified stores. If you are wondering how to identify fake New Balance shoes, keep on reading this oneHOWTO article and learn the main signs.

You may also be interested in: How to Tell if Adidas Shoes are Fake
Contents

The first thing you should notice if you want to identify fake New Balance shoes is the actual box in which they come in.

First of all, you will notice that it has the New Balance brand logo on both the lid and the side. Make sure the logo is not fake by comparing it to the image below or other images of the brand's logo on their official website. The writing on the box should have no spelling mistakes either.

Moreover, you should also take a closer look to the label on the box. This will give you information about the shoes' color, size, style of shoe and bar code number. Make sure the information given corresponds to the New Balance shoes inside.

The tongue label also has a bar code. This number should be the same as the one featured on the box label.

The latest models have a rectangular hole on the box top, that shows the name of the brand written on the box underneath.

Look at the logos on the outside of the shoe

Now, let's take a closer look at the shoe. There are some highly evident fake shoes around, such as those that have a different letter such as "K" or the "N" is the other way around. You'll also be able to see that the seem of the "N" is not regular, as real New Balance shoes have a different colored seam that is around 1.2 cm wide. Running shoes will have a thinner letter and a much thinner seam too.

However, there are many replicas that are more accurate and may look like real New Balance shoes at first sight. However, you will notice that, at the back of the shoe, the New Balance name logo is not well stitched or centered and may come in a different typo from the legitimate font this sneakers brand uses. The name should also feature the "R" for registered next to the "e", whereas fake ones will have the "R" next to the "W".

Now, let's take a look at the shoe tongue. All New Balance tongues feature the number of New Balance shoe. If it is a fake New Balance, it will have a number of shoe that do not correspond to the shoe's design. For example, some fake shoes add New Balance 577 when the model is meant to be 574. The real shoe should also have the brand name sewn on it between the logo and the number.

On the inside of the tongue, you'll find another label. As we've said, the number on the bar code needs to match the one on the box. The label should also have a QR code so you can verify the authenticity of your shoe. The size on fake New Balance shoes will not be found on the tongue either, but in the inside of the shoe.

Moreover, fake New Balance shoes normally don't have a metallic shoe hole, which real ones do have. However, some models such as New Balance 373 don't have this feature, so search for your model on the official website to make sure originals have metallic holes.

On the back side of the shoe, near the sole, you will notice that there is the "NB" logo on it. Fake shoes will also feature an "R" for "registered". Real models will only feature the logo.

On the actual sole of the shoe, you'll see that fake shoes will have the name of the brand on it, whereas real New Balance shoes only have the logo on the heel.

In the insoles, running New Balance shoes will feature the letter Y all over it, whereas casual wear sneakers will have the logo inside.

Older New Balance models like the one on the image (410) will have round circles as a tread and will feature the brand name, with the register logo on the last "e".

If you want to read similar articles to How to Identify Fake New Balance Shoes, we recommend you visit our Fashion & Style category.

Tips
How to Identify Original Nike Shoes
How to Identify Original Reebok Shoes
What to Wear with New Balance Trainers
How to Spot a Fake Manolo Blahnik Shoe
Most read
1.
How to Get Rid of a Female Mustache or Upper Lip Shadow - 5 methods
2.
How to Remove Hair from the Anus Area
3.
How to Remove Burnt Smell from Hair
4.
The Meaning of a Double Triangle Tattoo
5.
The Meaning of Finger Tattoos - Ideas & Designs
6.
How To Make Your Bust And Butt Bigger
7.
My Tattoo Looks Wrinkly
8.
What is the Meaning behind Bird Tattoos?

I bought a new balance shoes from the thrift shop and theres a number (574) printed at the back of the shoes. Is that an indicative that the shoes might be fake?

My cousin bought a new balance kawli leonard shoes but the logo inside the tongue was Nike logo...meaning that was fake?

If they have the logo of a different company inside, they are probably fake.
Ankit Chaudhary
26/01/2019
Sir I bought new Balance shoe 490 v5 from amazon they looks good but the shoe sole is hard.. and shoe tongue bar code are no response means not open anything
ratchetmom
25/10/2018
I bought new New Balance sneakers from shopgoodwill. They have good support but the fabric around my ankle is deteriorating rapidly. Is this a sign of a fake?

It will depend on different factors. New Balance should be made to a good quality, but they may have a special edition which has a fabric on it which is not as sturdy. Also, if the shoe is pre-worn, it might be just previous wear and tear. If the shoe doesn't fit quite right, it might be rubbing too much and this deteriorates the fabric rapidly. Of course, a pair of fake NB might also be the reason. Just check them against the points in the article and see.
How to Identify Fake New Balance Shoes 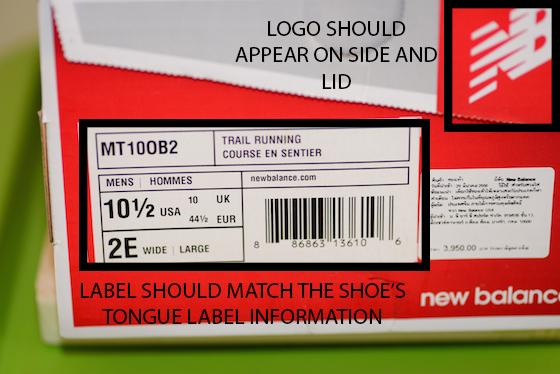 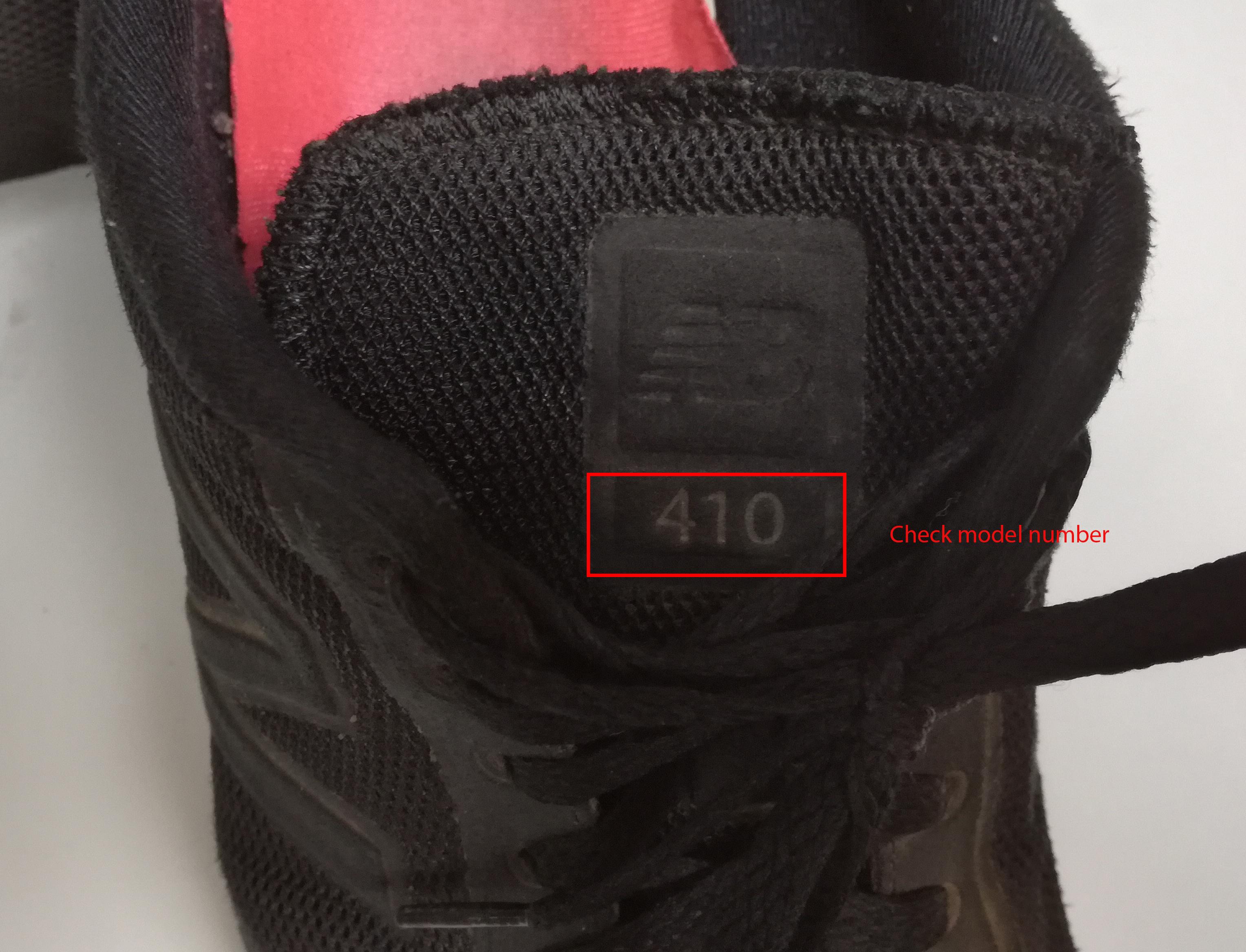 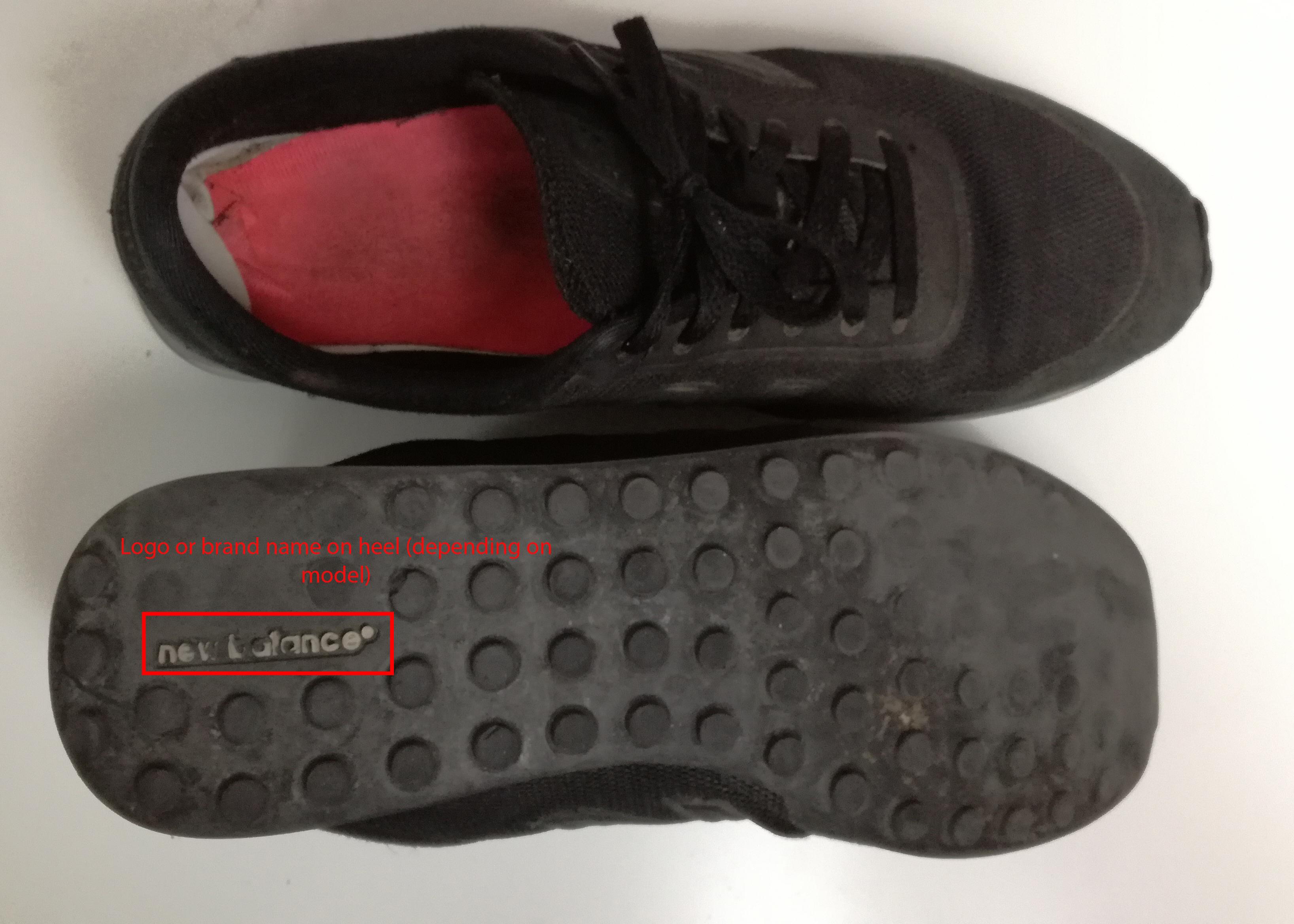